Home››How To››Tips››How to Fix Siri Not Working on iPhone or iPad? 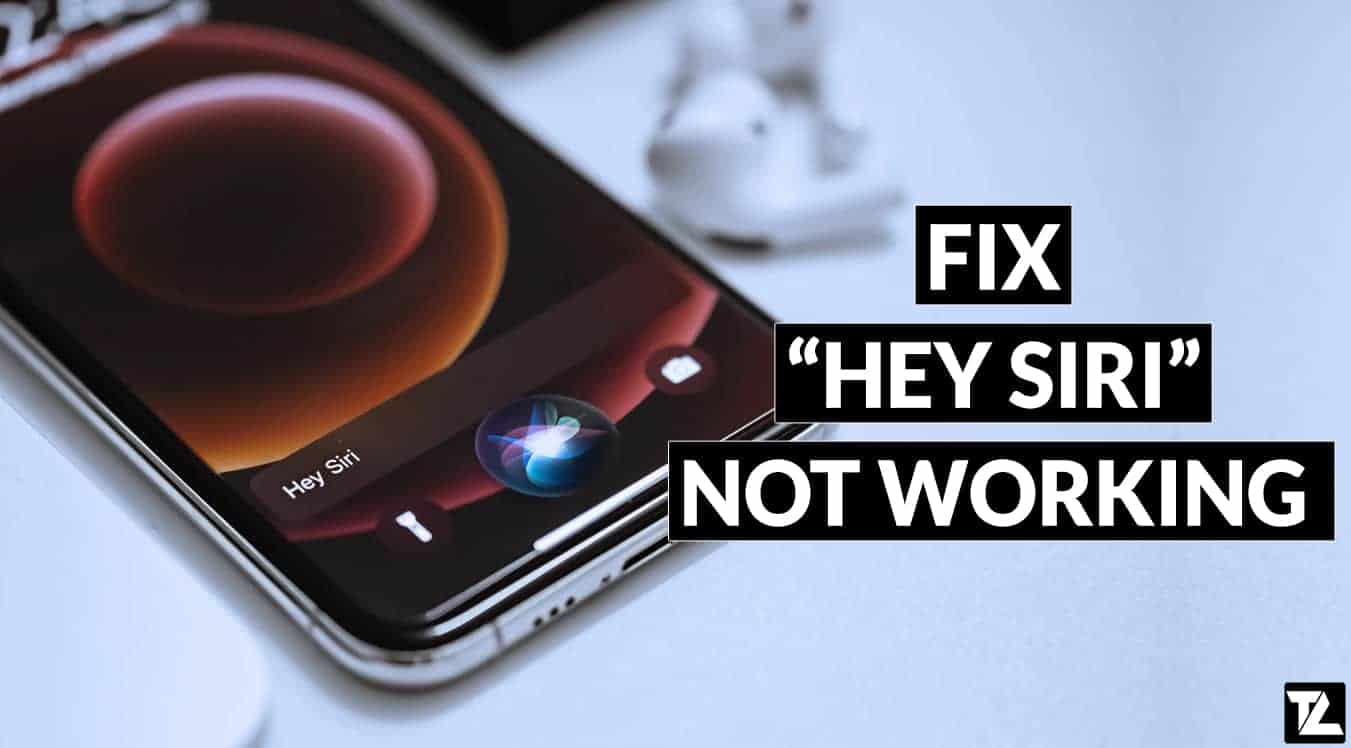 Siri is one of the smartest virtual assistants, and it has changed how we use our iPhone, iPad, and other Apple devices. We can ask Siri to do things like finding out current weather, calling a contact, sending an SMS, telling you a joke, locating nearby restaurants, and many more. It has made it easy and fast how we do things on our iPhone.

But sometimes we experience problems with Hey Siri not working, and several factors can cause it. Sometimes these Siri problems occur after an iOS upgrade on an iPhone or an iPad.

How to Fix Siri Not Working on iPhone or iPad

If Siri does not always work on your iPhone and other devices, then follow the steps below to fix the problem.

If Siri says something like, “sorry, I’m having trouble with the connection. Please try again in a moment.” or “Your iPhone is not connected to the internet.“, then make sure you have a good internet connection on your iPhone or iPad.

Siri requires an active Internet connection to understand your voice commands and perform the task. Your audio is sent to Apple servers and is converted to text using speech recognition, and the response is sent back to the device. So, it is vital to have an internet connection to use Siri on your iPhone.

Toggle Airplane Mode ON and OFF

Sometimes Turning ON Airplane mode and then turning it off after few seconds fixes network issues on your device. So, enable Airplane Mode and disable it after 15-20 seconds and check if Siri works again. Sometimes resetting network settings is all it takes to fix the issues related to internet connectivity. A bad or corrupted network setting might prevent you from connecting to the internet.

Here’s how to reset network settings on the iPhone or iPad.

If your internet connection is working fine, but still, if you’re facing problems with Siri, then the problem might be on Apple’s side.

Go to Apple’s System Status site and check for any reported issues with Siri and Spotlight Suggestions. If there are any problems with the service, you’ll see a yellow icon or red icon. If the icon is green, then everything is right on Apple’s side.

If you have a VPN profile that you no longer use or need, it is recommended to delete it from Settings > General > VPN. As the newer version of iOS is often not compatible with older VPN installs on your iPhone. Siri not working on Lock Screen?

If Siri is not working when the iPhone’s screen is locked, it is usually caused by the “Allow Siri When Locked” setting not turned ON.

To fix Siri not working on the lock screen problem, follow the steps listed below.

You can also enable this option from Settings > Siri & Search > Toggle ON Allow Siri When Locked.

If the changes don’t take effect immediately and the problem is not fixed, restart your device and try again.

Hey, Siri Not Working on iPhone or iPad?

If your iPhone, iPad, or other Apple device doesn’t respond to the “Hey Siri” voice command, follow the below-listed troubleshooting steps to fix the problem.

Verify whether your iPhone supports the “Hey Siri” feature

“Hey, Siri” is not supported by older Apple devices, so make sure to verify whether your device supports “Hey Siri”.

Below are the devices that support “Hey Siri” hands-free without being plugged into a power socket.

Some iPhone, iPad, or iPod touch models with iOS 8 or later might support “Hey Siri” while plugged into power. If your device is not listed in the above list, plug your device into the power socket and try “Hey Siri”.

Check if “Hey Siri” is Enabled

If your iPhone, iPad, or other device model is listed in the supported list and are still facing problems with “Hey Siri”, then check if Listen for the “Hey Siri” option is enabled.

Here’s how to enable “Hey Siri” on the iPhone or iPad.

Make sure your device is face-up

Force Restart your iPhone or iPad

Press and hold both the volume down button and the Sleep/Wake button at the same time. When the Apple logo appears, release both buttons.

Press and hold both the Sleep/Wake button and the Home button at the same time. When the Apple logo appears, release both buttons.

Sometimes Type to Siri accessibility feature can cause problems with “Hey Siri”. Try turning off the Type to Siri option and see if it has fixed the “Hey Siri” not working problem.

Check for any Restrictions on Siri

If you cannot use Siri, then make sure you haven’t disabled it in Restrictions.

For iOS 11 or earlier, go to Settings > General > Restrictions and check if the toggle for Siri is OFF.

Disabling and Enabling Siri again fixes most of the problems related to Siri & Search.

Clean your Microphone and Speakers

Check if your microphone is not blocked by dust, dirt, or lint. Perhaps Siri is not responding because it can’t hear you properly. Clean off any dirt blocking the microphone using an interdental brush, super soft toothbrush, hearing aid cleaning kits, specialized port cleaning tool, or cotton swabs.

If you’re using compressed air to clear away the debris, make sure you hold it at least 12 inches away from the port to prevent debris from getting further inside and making the problem even worse.

Sometimes your iPhone or iPad settings might cause a problem with Siri and “Hey Siri”. It usually happens after an iOS update.

If all the above troubleshooting steps don’t fix Siri not working problem, it might be a good idea to make an appointment at the Apple Genius Bar for service.

We hope these tips have been useful and helped you fix Siri not working on iPhone or iPad problem. Let us know which of the troubleshooting steps worked for you in the comment section below.

How to Fix Siri Not Working on iPhone or iPad? was last modified: July 13th, 2022 by Alpesh